This week we do not only have updates on the Kalaban sequel, but also announcement that Kalaban and Area 51 Defense are now on sale on Steam. And we also have an ongoing sale on the Humble Bundle store! 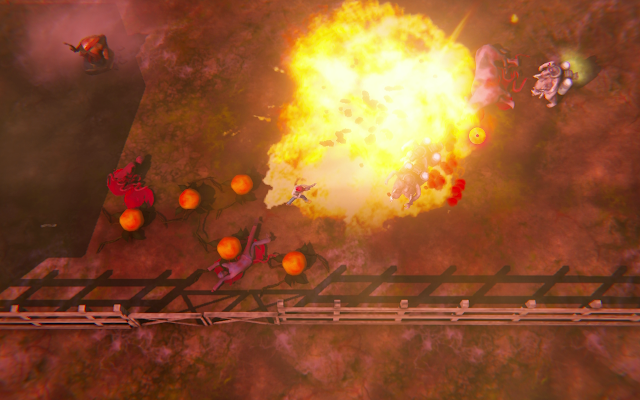 As for the game currently in progress, there's been a lot of recent updates, which I'd like to share with you. I've been updating ALL the particle effects in the game; the explosions, blood, muzzle flashes and projectiles. Now the game has a slightly less cartoony look to it, but I think that's only a good thing.

After all, we're creating a horror action game from a topdown perspective! It's supposed to look suitably grimy where it counts. As you can see from the screenshot above, I've also added some slasher, B-movie style effects into the game. These include the torn-out corpses of farmers and farm animals. 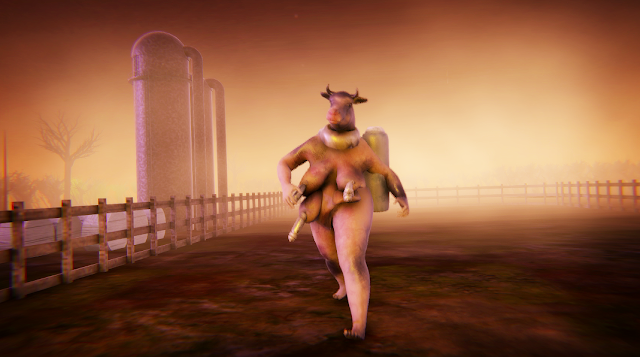 I decided to continue this same trend, and created a 'Moo Fiend' enemy into the game. A montrous cow-human hybrid with a milking unit in its back. It's definitely in line with the other B-movie elements, and something that's been brewing in my disturbed mind for quite some time.

Besides new enemy characters, I've been designing, modeling and programming new weapons into the game. For example, one of the new weapons is the Homing Missile, which has a completely unpredictable projectile that seeks out the nearest enemy and aims at it. It definitely has drawn some inspiration from the great nineties classic Rise of the Triad with its multiple rocket and missile launcher weapons.

The night is full of surprises in this game, and I'm excited to create more of them. I've finally coded some level transitions into the game, and gone through the scenes to give them a more unified look and feel. This includes making sure all the code is standard, and for example that all the gameplay elements are uniform throughout the game.

One thing still missing from the game is the random loot, which was also added into the original game after its release. Wooden boxes, barrels and containers full of random loot will be seen in the finished game. I will admit that there is a fair bit of Diablo's influence present in this game. 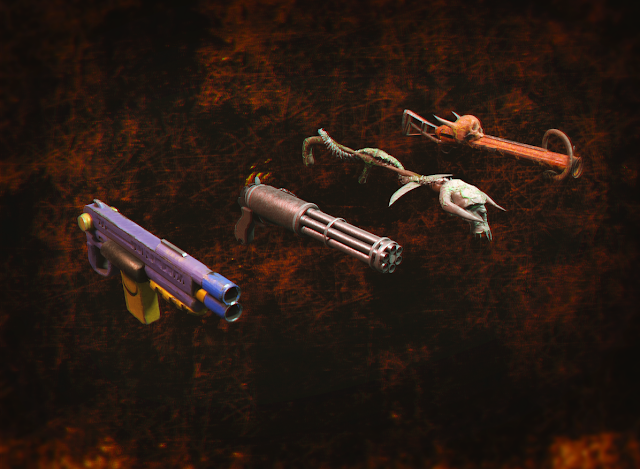 In other news: we've been experimenting with hosting our own HTML5 games and embedding them on our blog. First one in line for public testing is Neurotron, which was developed back in 2015 - 2016, and has now been added to our site.

Neurotron is a topdown action RPG, where you control the whole party of cyberpunk heroes in a realtime environment. During the missions you will gain experience and credits for your characters, and discover random loot from the rooms. You will have to navigate all your surviving characters to the exit after the mission objective has been met. Neurotron is heavily influenced by its board game counterpart.

OBS! Please use a desktop / laptop computer and browser to play the game. Its features, gameplay and user-interface has been designed for desktop use in mind, and NOT intended for mobile browsers. 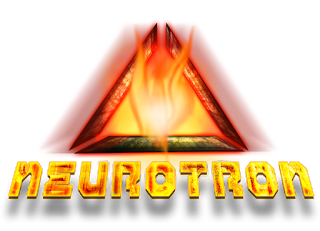 That's it for this week, hope you all have a really nice weekend. Stay safe out there!