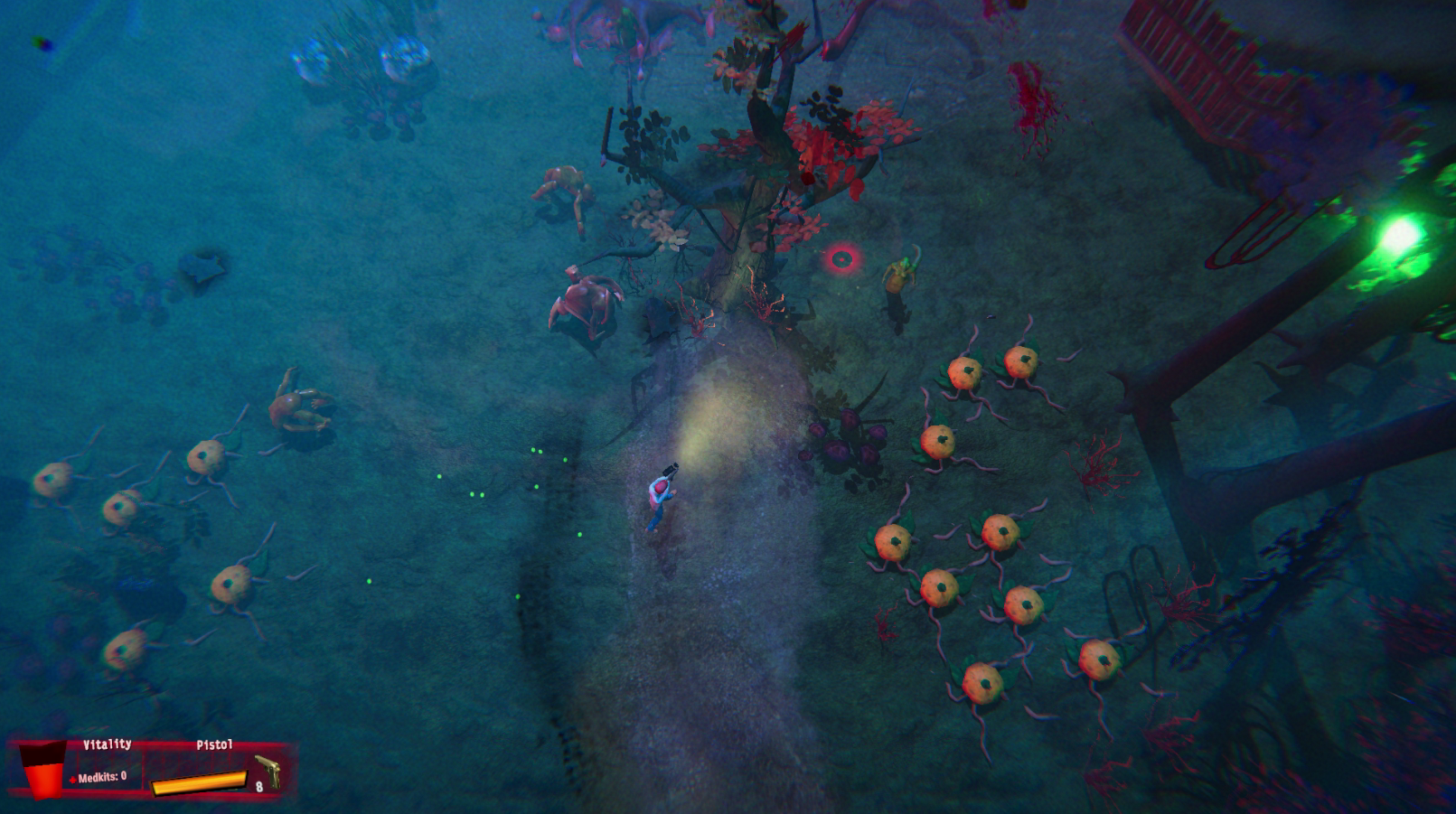 During the last two weeks we've been busy, not just with finishing Enemy Remains, the retail version but also the demo version of the game. I think even the fans who have played our pre-alpha test builds will be surprised of what we've created.

We're opting in to participate into the Steam festival, so we naturally have to have a demo version uploaded and ready too. The event will begin on February 3rd 2021, so we figured that we might as well make the demo public now.

The demo is not just a slice of the early maps seen in Enemy Remains, but three whole new levels created for this preview. The maps originally were left on the cutting room floor, as they did not fit the flow and style of the finished game's presentation. I've re-hauled them, given them a fresh coat of paint, and made sure the gameplay gels better with the retail maps, and I think the results are pretty good.

Demo maps are a bit more open and featureless than the retail maps, which we have made sure pack a lot of detail. It was a whole lot of fun to make these more old school topdown shooter style like levels. 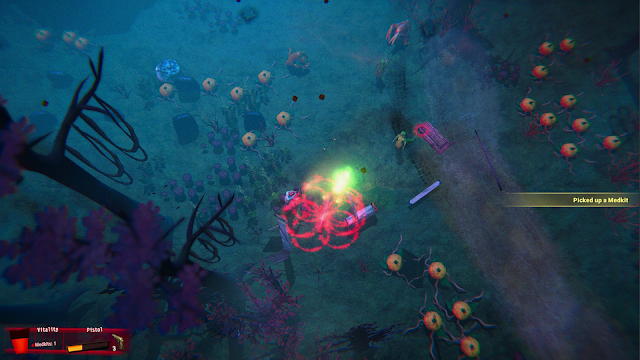 While we were creating this demo, we also experimented with volumetric fog inside Unity. These modifications to the lighting created some really amazing results, and they really do stand out. The downside is, that this method of lighting is a lot more hardware demanding than what's currently in the retail game.

After the early access launch we might incorporate the volume fog into the retail game as well, but as an optional graphics setting. We hesitate to even make it part of "Ultra" quality graphics setting, because players usually hate stuff that's "invisible" to the graphics options and tied to some arbitrary level.

We originally planned on releasing Enemy Remains in late 2020, which I'm glad that we didn't. These extra two months have given us enough time to fix most of the rough edges and outright bugs. I've put special care into the controller controls, as they tend to be a bit tricky in co-op mode.

We're using Unity, and the engine has a bad habit of switching joystick inputs between controller 1 and controller 2, which means that we have to register which controller slot is giving input and change the commands based on that. There's a whole lot of tuning to be done to make sure that these controller input is registered properly and results in a right action on-screen. 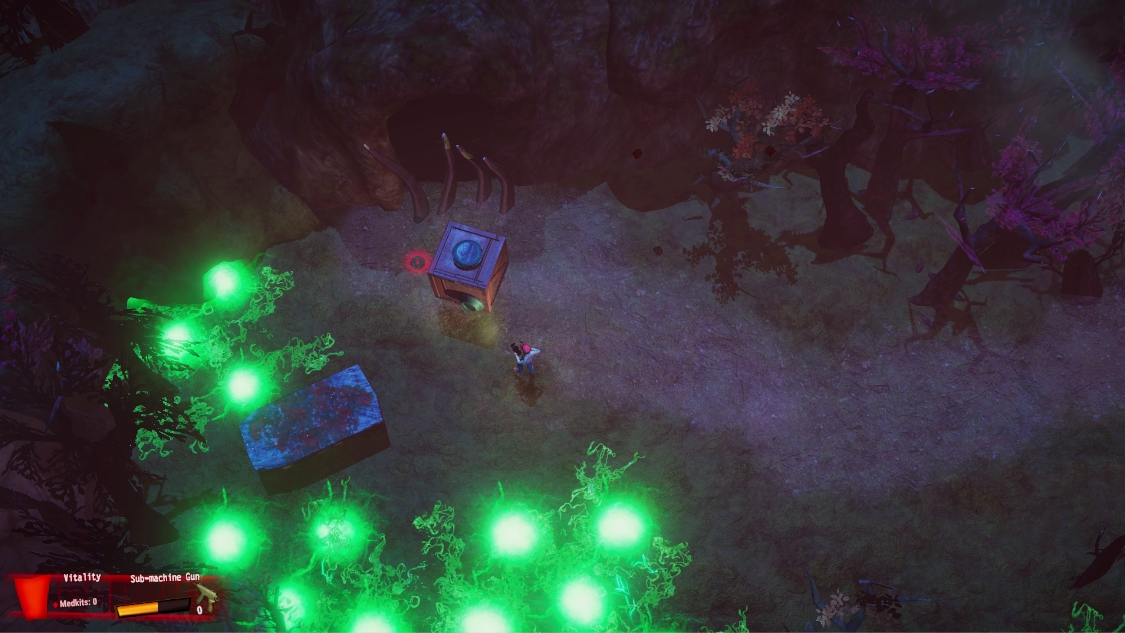 What I'm personally looking forward to, is hearing player feedback at large on our game and world that we've created. I would be especially happy to expand the experience with more lore, story bits that you can collect (and would act as in-game collectables), and just refining the in-game worldbuilding.

A lot of ideas have been incorporated into the game already, like the Manglers, who are not mutants or monsters, but demons. That's why they are immune to fire, and they also have a demonic shield protecting them for a limited time.

Thinker mutants, the snake-like creatures, on the other hand spit projectiles and they do take damage from fire. And monsters like the giant tree spawn thingy are especially vulnerable to flamethrowers. 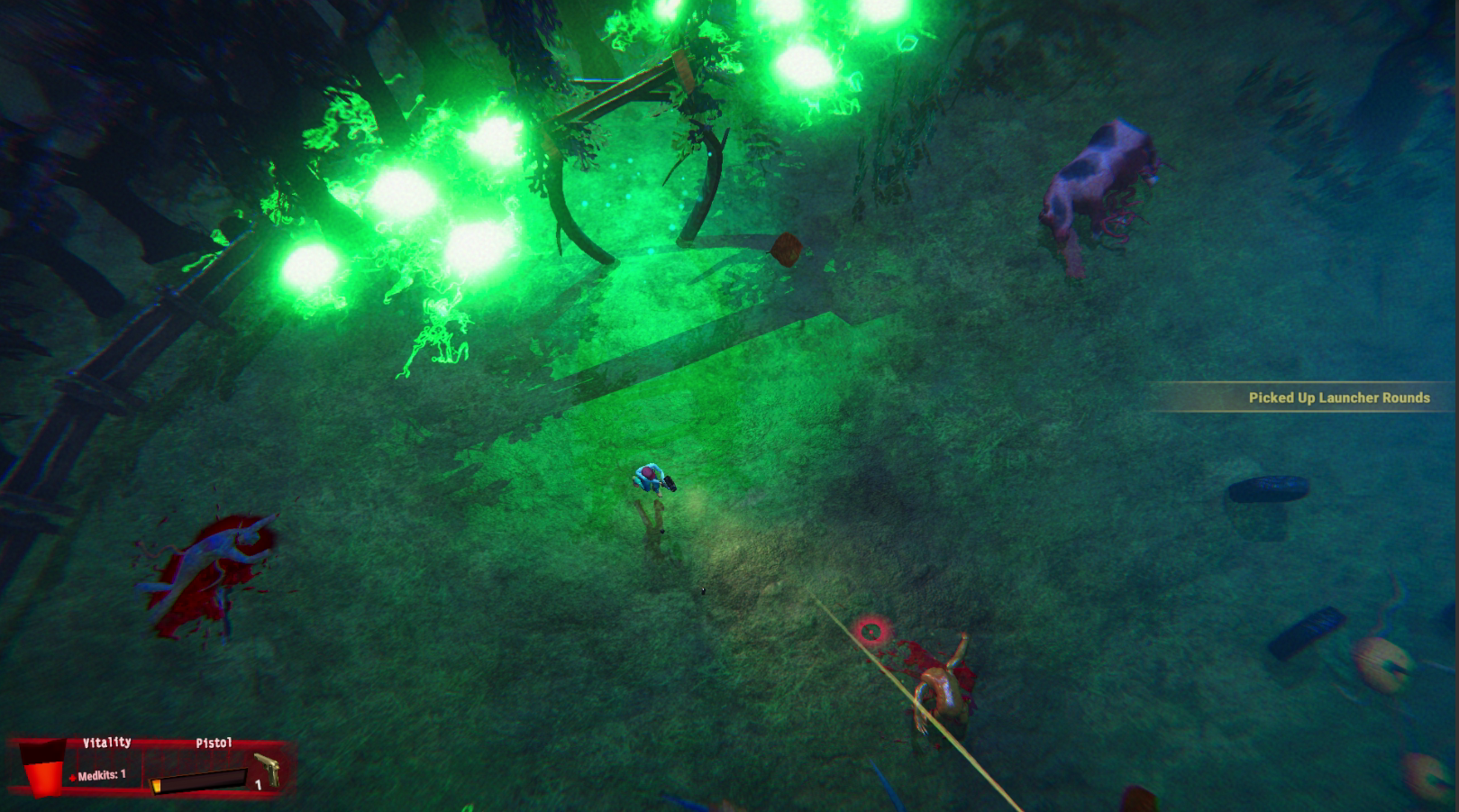 The demo is now available on IndieDB, GameJolt and Steam to download and play. Go join the fun, and don't forget to leave feedback!